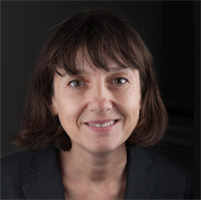 
This policy seminar asks why Russia makes the foreign policy choices it does. It is designed to draw on Russian and non-Russian sources to enable students to understand and assess the roles that different factors, including structural factors, economics, domestic politics, strategic culture, and historical legacies, may play in shaping Russian goals and behavior outside its borders. Based on this, we will discuss what implications Russian policy and its plausible evolution will have for Russia itself and for other states.

At the end of the course, successful students will have a broad understanding of the facts of Russian foreign policy and actions, be able to ground that understanding in several explanatory frameworks for Russian decision-making, and develop clear, persuasive, and fact-based arguments for improved policymaking by and towards Moscow.

This is a policy-centered course. It incorporates theoretical concepts with the goal of better explaining and formulating policy decisions. Class discussions and student assignments are intended to help students assimilate information, distill what is policy-relevant, and present conclusions, options, and recommendations concisely, convincingly, and usefully to a decision-making audience.