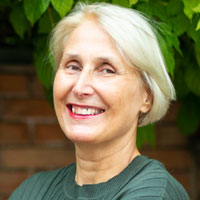 
Arntraud Hartmann is a Panel Member of the Independent Accountability Mechanism (IAM) of the German, French and Dutch Development Banks (DEG, PROPARCO and FMO). She was formerly a member of the Independent Accountability Panels of the Asian and African Development Banks. These mechanisms investigate complaints from people harmed by development projects funded by the respective Development Finance Institution. She regularly heads reviews of IAMs of different multilateral institutions. Hartmann spent 23 years of her professional career with the World Bank, which she joined in 1981 as a Young Professional. Between 1981 and 2004 she held numerous positions at the World Bank, including ten years in Senior Management Positions, such as Director for Southeast European Countries and Advisor to the Managing Director. She also established and headed the first World Bank Office in Romania (1991-1996) established after the Romanian revolution. Hartmann also worked with the IFAD Quality Assurance Department, was a Research Fellow with the UNICEF Innocenti Center (1996-97) and was Senior Advisor to the World Commission on the Social Dimensions of Globalization (2002-2004).

Since 1997, Hartmann has taught courses in development policy and development economics at SAIS Europe. She obtained the Excellence of Teaching Award in 2014, 2019 and 2020. She also was Visiting Professor at the Hertie School of Governance in Berlin, Germany.


The course will assess key characteristics of the rural population, it will provide students the tools to analyze the rural space, the rural population and the particular development challenges in the rural sector. A particular focus of the course will be to enable students to conduct a poverty and income inequality assessment, providing them the technical tools and guidance to conduct such an assessment. The course will furthermore focus on the agricultural sector as the large majority of the rural population derives at least part of their income from working in the agricultural sector. The course will assess the transformation processes underway in the agricultural sector through the value chain approach and will assess the impacts of this value chain approach on women and the poor. Students will also be made familiar with the particular challenges of access to resources, such as land and finance. While the course is not exclusively focused on rural gender issues, the course will focus prominently on the particular role of women in the rural space and rural development. Some attention will also be given to the challenges posed by a very rapidly growing rural youth.


This is an overview course on key issues on international development policy issues and development cooperation. The course will introduce the students to (i) historical evolution of thinking on development policy; (ii) some basic economic concepts about economic growth in developing countries; (iii) familiarize students with the poverty and inequality situations in developing countries, with the special challenges of fragile and conflict countries, urbanization and rural-urban migration, the impacts of weak governance, and impacts of climate change.

The course will pay particular attention to the impacts of the COVID pandemic on economic growth, poverty alleviation, hunger and will assess macroeconomic and sectoral measures which can be taken to mitigate these impacts in the short and medium term. One session will present the special challenges which the COVID Pandemic poses for global governance systems in the health sector.

A special feature of the course will be the application of concepts taught in class to specific country and project situations. For this purpose, there will be two simulations conducted during the course. One, the simulation of a donor conference for Ghana to design and prepare the financing plan of a medium-term growth program for Ghana to facilitate adjustments to the impacts of COVID. Each student will prepare a paper on a specific topic, focusing on macroeconomic, sector or social impact issues as an input into the donor conference. Second, students will simulate a Board approval process in a Board Meeting of Multilateral Development Bank which will consider whether to approve a hydropower project in Georgia which has significant environmental and social impacts but would generate power which is urgently needed in Georgia. As part of this simulation exercise, students will write an assessment of the project and simulate during the Board meeting the interests and likely positions of different shareholders of the Multilateral Development Bank.

As part of the class program several speakers will be invited to complement the readings on the specific topics and the simulation exercises.