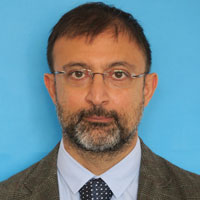 
This course provides an introduction to the study of international trade. The first part of the course will focus on theoretical frameworks designed to understand the drivers and implications of international trade and review empirical applications of these models. The second part of the course will cover distributional consequences of trade policy instruments, arguments for trade protection, and the organization of the world trade system. Principles of microeconomics is a prerequisite for this course; more advanced topics in microeconomics will be introduced throughout the course.