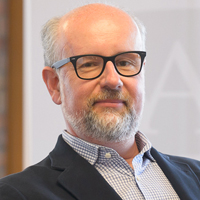 Professor Dell'Aquila has taught at SAIS since 2011 and is a member of the SAIS Europe Advisory Council. As Chairman of inspiratia and previously IJGlobal, Dell’Aquila has spent 25 years as an author and commentator on the evolution of energy and infrastructure markets, as well as regulation and emerging technologies to combat climate change. He has also advised on numerous energy transactions around the world spanning virtually all forms of cleantech and renewables. He is currently CIO of a UK green hydrogen company.

Marco has a BSc (Tech) in Civil and Structural Engineering from the University of Manchester and an MA in International Relations and Economics from SAIS.
Selected Publications
The Role of Policy Design and Market Forces to Achieve an Effective Energy Transition: A Comparative Analysis Between the UK and Chinese Models
with D. Atzori and O.R. Stroe, in The Geopolitics of the Global Energy Transition, M. Hafner and S. Tagliapietra (editors), Springer (2020)
China & Asia
Energy, Environment, Climate, & Technology
Europe & Eurasia
Conclusion
with L. Manzetti, in Regulatory Policy in Latin America: Post-Privatization Realities, L. Manzetti (editor), North-South Center Press (2000)
Economics, Finance, & Trade
The Americas
Economic Stabilisation in Argentina: the Austral Plan
with L. Manzetti, in Journal of Latin American Studies, 20:1 (1988)
Economics, Finance, & Trade
The Americas
See All Scholars' Publications
Courses


The course analyses the principal drivers and market dynamics of the renewable energy industry globally. Students are exposed to the challenges of turning renewable energy from a marginal into a mainstream source of energy. The class will examine economic, regulatory, technical and developmental aspects of this global transformation. The subject matter is multi-disciplinary and international in its scope with a focus on emerging markets in a final simulation, which combines many elements of the course into an interactive exercise. There will be a number of guest speakers who are experts in their field and will expose students to live projects.
Recommended: Corporate Finance