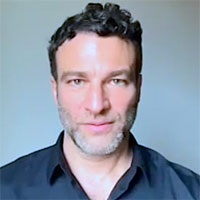 Roberto Davide is an Italian and American filmmaker, actor, and international affairs specialist with a passion for political/historical filmmaking. Through his media company, Roberto merges his background in film, international relations, and his experience in cinema and television to create visual and factually-based projects slated for broadcast. His interests lie in US foreign policy in Italy post-WWII and the years of Italian domestic terrorism - in particular issues of power, anti- democratic policies, and revision of history. His current project on the Shoah in Italy focuses not only on amassing historical findings on the Holocaust in Italy, but also the revision of Italian history. In addition, a US policy component is included within this Shoah initiative which has branched into additional academic research topics: Cold War US foreign policy strategies vis-à-vis Italian relations post-WWII; a new critical theory (based on Pasolini’s films and discourses), and ramifications of US foreign policy on current US-EU relations.

Roberto has a BA in Russian and Italian studies and literature having attended universities in Rome, Moscow and New York, and a Masters in International Affairs and Economic from Johns Hopkins University SAIS in Bologna. He then studied film in Rome, entering into collaboration with the British Film Institute (BFI) starting in 2008 with his documentary Walking with Pasolini, which earned him recognition as a serious filmmaker in the UK. His career in film and television broadcast spans the US, Italy and the UK working with major directors, producers, and networks.