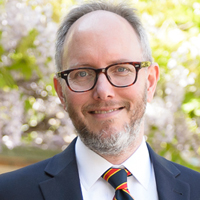 
Professor Jones teaches on topics in international and comparative political economy with a particular focus on Europe and the transatlantic relationship. He is a frequent commentator on European politics and political economy whose contributions have been published in, among others, Financial Times, New York Times, USA Today, and newspapers and magazines across Europe. He has written extensively on European monetary integration and macroeconomic governance and has been active in public debates about the European response to the global economic and financial crisis. Professor Jones is co-editor of Government and Opposition and he is a contributing editor to the Institute for International and Strategic Studies journal Survival. Erik Jones is also a Senior Research Associate at the Istituto per gli studi di politica internazionale (ISPI), Milan.

Jones earned his AB at Princeton University (1988) and his MA and PhD at Johns Hopkins SAIS (1990, 1996). Prior to joining the faculty at Johns Hopkins, he worked at the Centre for European Policy Studies, the Central European University and the University of Nottingham. A US citizen, Jones has lived in Europe for the last twenty-five years. For a recent curriculum vitae including a full list of publications, see personal webpage
In the News
Silvio Berlusconi Ditches Presidency Campaign as 'Italy Needs Unity'
Europe & Eurasia
Politics
Silvio Berlusconi Keen to Play Kingmaker in ‘Operation Squirrel' Presidential Campaign
Europe & Eurasia
Politics
See all In the News