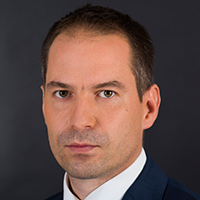 Dr. Krekó is a social psychologist and political scientist. He serves as the director of Political Capital Institute (a think-tank based in Budapest) since 2003 and senior lecturer at the Social Psychology Department of the Eotvos Lorand University of Sciences in Budapest where he teaches social and political psychology since 2006. Fulbright Visiting Professor, Indiana University, Bloomington, IN (2016-2017); co-chair of PREVENT working group, EU Radicalisation Awareness Network (RAN), advising The European Commission (DG Home) (2012-2016). He also advised the US Department of State and the Foreign and Commonwealth Office on demographic issues, Russian influence and disinformation in Central Eastern Europe, and is a Member of the Presidential Board of the Hungarian Political Science Association. His interests include conspiracy theories and fake news, the sharp power influence of the Kremlin in Europe, and political populism and tribalism in Europe. He is the author of two books: The Hungarian Far Right, Ibidem Verlag (2017) and Columbia University Press. His other book on fake news and conspiracy theories was published in Hungarian in 2018 and became a social science best-seller. He is part of several collaborative international research projects on the study of the far-right and conspiracy theories. He defended his thesis that he wrote on the social psychology of conspiracy theories in 2014.