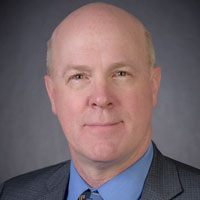 
This course is an introduction to strategic studies, which deals with the preparation and use of military power to serve the ends of politics. Although the treatment is topical (meaning with classes and readings covering current-day issues), two themes run throughout: (1) the nature of war based largely, but not exclusively, on Carl von Clausewitz's On War and (2) the evolution of warfare from the late nineteenth century to the present. There are no prerequisites for this course; nevertheless, students will require a basic grasp of 20th and 21st century history. This course is NOT just for Security, Strategy, and Statecraft focus area students in the MAIR program. It provides a great way for all students to learn about how military force is thought about and used.

The course is divided into three main parts: an introductory discussion of strategic theory, focused on Clausewitz and other major theorists and their theories of war; an examination of mass warfare that emerged in the nineteenth through the mid-twentieth century; and an examination of challenges that have emerged to that paradigm since World War II.

The course is taught through a combination of discussion and lecture. By the course’s conclusion, students will understand the theory and history of strategic studies and will be equipped to apply that knowledge to the major dilemmas animating international security affairs today.