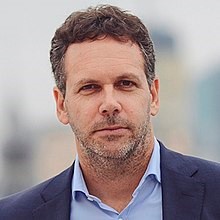 Professor Sandleris was Governor of the Central Bank of Argentina between September 2018 and December 2019. In June 2017 he joined the Argentine Ministry of Economy as Chief of Advisors to the Minster and in June 2018 he was appointed Secretary of Economic Policy. In 2016 he served as Undersecretary of Finance in the Province of Buenos Aires. He has been a professor at Johns Hopkins University and a visiting professor at the London School of Economics and Universidad de Los Andes. Sandleris was a visiting researcher at the Federal Reserve Bank of Minneapolis, the Central Bank of Chile, the Pontifical Catholic University of Rio de Janeiro, the Inter-American Development Bank (IDB) and the International Monetary Fund (IMF). He was Director of the Center for Financial Research at the Universidad Torcuato Di Tella (UTDT) where he was also appointed Dean of the Business School between 2014 and 2015.

He was a consultant and researcher for the World Bank, the Inter-American Development Bank, and several Latin American governments and investment banks. He has received several scholarships and research grants from the Fulbright Commission, the Central Bank of Argentina, the World Bank, Columbia University, and LACEA.


This course is for students wishing to explore the world of cryptocurrencies and related fintech innovations. The goal of the course is to analyze their characteristics, the enabling technological innovations, their economics and role in modern finance, and potential applications.