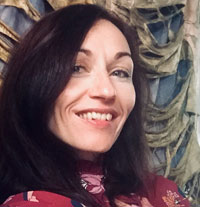 
Alexandra Malangone is a Slovak lawyer who has coordinated the CCSDD Human Trafficking Chapter since September 2020. In 2012 Malangone began working for the Human Rights League - a prominent Slovak NGO in the field of immigration and asylum law. She is one of the leading experts on issues relating to the protection of human rights of victims of trafficking in the country. From 2008-2016, she served as an independent national expert in the Council of Europe GRETA (Group of Experts on Action against Trafficking in Human Beings) and was a rapporteur for Denmark, Norway, Italy, Latvia, and Slovenia. From 2006 to 2009 she was a UN Office on Drugs and Crime National Project Officer in Bratislava, Slovakia, heading the local UNODC office. Prior to this, she worked as a junior for the OSCE Special Representative and Coordinator on Action Against Trafficking in Human Beings. Malangone graduated in International and European Law from Utrecht University and holds a Masters degree in International Cooperation and Development from the University of Pavia. In June 2016, she participated in a three week International Visitor Leadership Programme on Human Trafficking run by the US State Department. Malangone has most recently consulted for the OSCE OSR Office (Simulation based training on combating human trafficking in mixed-migratory flows), OSCE/ODIHR (National Referral Mechanisms), the Council of Europe (Alternatives to Detention), UNODC Morocco (National Referral Mechanism in Morocco) and ECPAT Austria (Safeguarding of children and vulnerable adults).
In the News
National Referral Mechanisms Handbook
Law
Politics
Security, Strategy, & Statecraft
See all In the News