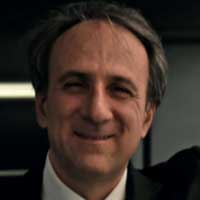 Professor Marzo's research interests are focused on Term Structure of Interest Rates and on the link between macroeconomics and asset prices. His current research projects are about: i) the comovement between several asset classes during the evolution of the business cycle during recent crisis; ii) the second order effects of macroeconomic policies: the role of monetary and fiscal policy in amplifying or mitigating the general level of macroeconomic risk; portfolio theory with ambiguity aversion; views generation in Bayesian portfolio analysis.

He combines academic activities with active consultancy jobs. He is consultant of several banks and financial intermediaries with respect to Risk Management and Portfolio analysis. Moreover, he is often involved as consultant in trials with financial murders (insider trading, market manipulations, excessive risk taking). Currently he is board member of several companies and investment funds, as independent board member: Simgest SIM, Finorefici SIM, FactorCoop, CNS, Lugo Immobiliare, Unifortune Asset Management (where he serves as Chairman of the Board), CPL Concordia (where he is Chaiman of the Risk and Control Committee).

Professor Marzo is a commenter on economic themes for Corriere di Bologna, the local edition of Corriere della Sera. He is often requested to discuss future economic scenarios during interviews and public speaking engagements. Marzo is author of several articles in international refereed journals on macroeconomics and financial economics.