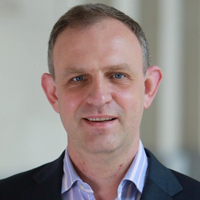 
Previously Professor Radchenko was Professor of International Relations, Cardiff University. Radchenko has an international reputation for research on the history of the Cold War. He has written on Sino-Soviet relations, on Soviet and Chinese foreign policies, on atomic diplomacy, and on Cold War crises. In addition he has published work on North Korea and Mongolia and continues to have interests the international politics of East and Central Asia and in contemporary Sino-Russian relations, Russian foreign policy, and Russia-NATO relations. He has served as a Global Fellow and a Public Policy Fellow at the Woodrow Wilson Centre (in Washington D.C.), and as the Zi Jiang Distinguished Professor at East China Normal University (Shanghai). Currently his research interests center around the global history of the Cold War. He is a frequent contributor to The New York Times, The Washington Post, Foreign Policy, National Interest, The Moscow Times, and other national and international media.
Selected Publications
Nothing but humiliation for Russia: Moscow and NATO's eastern enlargement, 1993-1995
in Journal of Strategic Studies 43:6-7 (2020)
Europe & Eurasia
Foreign Policy
Unwanted Visionaries: The Soviet Failure in Asia at the End of the Cold War
Oxford University Press (2014)
China & Asia
Europe & Eurasia
Foreign Policy
History
Two Suns in the Heavens: the Sino-Soviet Struggle for Supremacy
Stanford University Press (2009)
Europe & Eurasia
Foreign Policy
The Atomic Bomb and the Origins of the Cold War
with C. Craig, Yale University Press (2008)
Europe & Eurasia
Foreign Policy
See All Scholars' Publications
Courses


Surveys the history of U.S. foreign policy since World War II, with special attention to analyses and interpretations of the determining factors of continuing significance in U.S. policy, including trends in the international and domestic environments.


This course explores China’s domestic and foreign policy trajectories since 1945 through the present. Lectures investigate the relationship between revolution and modernization, nationalism and internationalism, and the interplay between legitimating ideologies and power struggle. The course covers the Chinese Civil War and the establishment of the People’s Republic of China, including Mao Zedong’s decision to “lean to one side” towards the Soviet Union and Beijing’s decision-making in the Korean War. These form an important backdrop for the discussion of China’s economic reforms in the 1950s – from fast-paced Soviet-style modernization to the tragic utopia of the Great Leap Forward. Mao’s leftward turn in the early 1960s serves as an entry point for lectures on the Sino-Indian conflict, the Sino-Soviet split, and China’s engagement and disillusionment with the “Global South.” The course also includes a foray into the causes and consequences of the Cultural Revolution. We will also look at why China and the US mended fences in the early 1970s, and what this meant for the Global Cold War. The course then explores China’s road from “reform and opening” to the Tiananmen massacre, focusing in particular on the roads not taken. Final lecturers look at China’s grand strategy, and its relationship with other great powers. The course concludes with a discussion of what the Chinese Communist Party has learned from its years in power, and how memory politics in modern China reinforce the party’s legitimacy discourse. The broad aim of “China and the World” is to acquaint students with the most important developments in recent Chinese history, providing a solid background for understanding China’s contemporary dilemmas and policy choices.