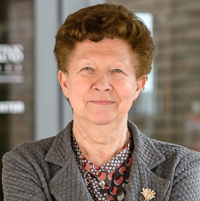 
This course is devoted to review the main steps of European Economic Integration (EEI) and its effects on the evolution of the European economy, with the aim of assessing achievements and shortcomings. The course will offer arguments to substantiate future policy making with an adequate conceptual background, placing each topic into the historical context of the last 70 years. It starts with an account of the initial steps of EEI, followed by a discussion of the performance of the EU economy 1946-2015. The core of the course is devoted to a review of the main areas of EEI: trade, agriculture, money and finance, industry, services, regional development and welfare, with special attention to the novelties brought about by the 1992 Single Market, the 1999 Single Currency and the 2005-07 enlargement. The empirical analysis is framed within the theoretical frameworks offered by economists on customs unions, fixed versus flexible exchange rate systems, economic convergence and polarization, the impact of technological innovations on labour markets and management styles, growing inequalities and welfare systems, the impact of international political instability on migration flows. Special reference is made to the implications of the recent world financial crisis.